With all the negativity about pluralism in Israel these days, it is easy to develop a picture that is wholly pessimistic.  There is no question that on the governmental level, restrictions on Jewish choice exist here.  Yet, as one sided-as the governmental religious establishment is in Israel, so too is the exclusively negative picture of Israel we are most often presented with by the press on this subject.

Take this past Tuesday, for example.  In just a few hours, I visited a Bet Midrash for young Masorti Jews in Jerusalem, attended a concert devoted to the subject of supporting a modern, Democratic Israel and met a group of Taiwanese Christians here on the second half of their March of the Living Trip. I also spent time at a meeting of the Tnuat Yerushalmim - The Jerusalem Movement - devoted to strengthening and preserving Jerusalem as the capital for all Jews.  Incredibly,  all five groups were meeting at the same place at the same time.  Pluralism is alive and well here on the non-governmental level!

The concert, titled "Sacred Rights, Sacred Song" and created by my friend Fran Gordon, took place at Moreshet Yisrael, the Conservative Synagogue in downtown Jerusalem. Fran, and those who worked with her, created the piece out of a desire to support Israel's democracy by calling to the forefront the importance of maintaining Israel in general and Jerusalem specifically as the homeland and capital city of all Jews.  The affiliation of the synagogue did not prevent both Orthodox and Secular Jews from attending.  The material, challenging much of the status quo on religious issues, did not prevent Secular or Orthodox Jews from attending. The fact that councilwoman  Rachel Azaria's Yerushalmim Movement was meeting on the campus at the same time did not prevent people who might disagree with the party's platform from attending the concert.

In the bet midrash, a large group twenty-something Israelis, joined together for a weekly learning session.  They came to study with Tomer Persico, an expert on the study of New Age Religion, Neo-Hasidism and other Jewish, New Age variations.  I was only able to stay for a few minutes before running to the concert but I could feel the great energy and anticipation in the room.

The dining room at The Fuchsberg Center was full.  Members of a group of Israeli educators spending the day on professional development dined among a group of Taiwanese Christians in Israel for the second half of March of the Living, having learned about the Shoah while in Poland the previous week.  They were joined by a group of young German Christians, also here on a mission of some sort.  One room, three groups. Jews and non-Jews dining together in the heart of Jerusalem in the Jewish State.  Wow! What's next?  Lions lying down next to lambs?!

After the concert ended, I joined Yerushalmim: For a Vibrant, Pluralistic Jerusalem.  According to their website, Yerushalmim focuses on two main issues and is unique because:

"The struggle against religious extremism and gender segregation and promoting the status of young families in Jerusalem...We are the only organization uniting secular, Conservative, Reform and Orthodox volunteers who share a passion for diversity and pluralism in Jerusalem and...have developed strong friendships and working relationships with both the city council and the Jerusalem mayor’s office, and are thus better able to turn our ideas into urban reality."

I went to the group discussing our new home neighborhood, Baka. Sitting in a circle, ten of us discussed everything from parking and traffic problems in the neighborhood to whether or not the Israeli equivalent of a neighborhood JCC, called a Matnas Kehillati, should be open for family activities on Shabbat, to insuring that improvements to Jewish sections of neighborhoods extend to the Arab sections as well.  As the meetings broke up, I looked around and saw men with large kippot, crocheted kippot and no kippot. I saw women wearing traditional Orthodox head coverings, no head coverings and wearing skirts and women wearing the latest in secular fashion.  And, rather than sticking with their own, they were all talking with one another. I left the Center exhausted and reassured that the Zionist ethos of a State for ALL Jews is alive and well among the citizens of Israel.

Look beyond the focus on the negative in the media, on the hegemony of the Ultra-Orthodox over all things governmentally religious, on the discord, and you will find incredible partnerships developing in Jerusalem between Secular and Religious, denominations and independents.

You will see a beautiful Jerusalem tapestry of varying perspectives meeting, learning together and valuing one another.

Finally, because of the ever growing number of individuals and organizations committed to realizing Ben Gurion's dream of a State for All the Jews, as articulated in the Declaration of Independence, we will ultimately see and be part of a stronger, officially pluralistic Israel for all of us sooner and, I believe, in our day. 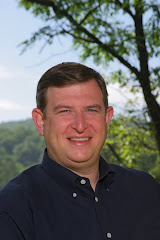 Books I am Currently Reading